“You will not meet anyone more innovative than Ted,” said IBM Chairman Ginni Rometty as she introduced Ted Chung, vice chairman and CEO of Hyundai Card, Hyundai Capital and Hyundai Capital, at the IBM THINK 2019 on Feb. 12.

The conference, the biggest of its kind from IBM, took place at Moscone Center in San Francisco, attended by 6,500 people. CEO Chung was invited to the Chairman’s Address program, led by Chairman Rometty, to have a one-on-one discussion on the hottest topic in the technological sector. The program was the most popular among all during the five-day annual conference and was aired live worldwide. CEO Ted Chung became the first Korean entrepreneur to be invited to the talk.

Korean business community paid attention to IBM’s move to invite over CEO Chung for two reasons. One is that Hyundai Card has moved on from digitalizing overall business to creating substantial outcome as a result of digitalization on the back of latest technologies such as artificial intelligence and blockchain. The other is that CEO Chung has been recognized globally for his innovative business management.

The on-stage discussion lasted for around 15 minutes as they shared their business insight with humor. 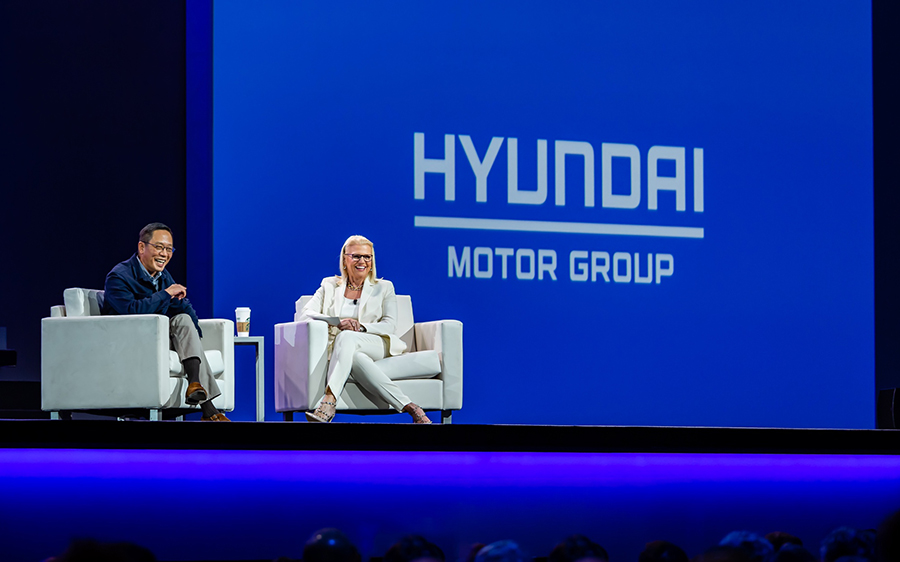 The conversation started off with a light topic for ice breaking. Introducing CEO Ted Chung as a music buff, Chirman Rometty asked him about music and his activities in social networks. He said he enjoys listening to Drake these days and has accumulated 300,000 followers on Twitter and Facebook.

Recollecting the days when he first landed a job in finance 15 years ago, he said, “I focused on branding, marketing and design,” adding that he has learned branding and marketing wouldn’t last for long.

“I began working on digital transformation four years ago,” he said, “I want to be recognized for AI and blockchain, instead of music or design.”

He went on to explain the reason Hyundai Card adopted Buddy, a chatbot based on AI platform Watson.

“Even product developers find it difficult to remember the benefits of credit cards that we use in our daily life,” he said. “Under this circumstance, customers expect even more advanced services, whereas more service center staff have been leaving their job and the education cost for training them has been rising.”

Hyundai Card developed Buddy with IBM in 2017 to become Korea’s first financial company to adopt a Watson-based chabot for customer service. It has been designed to answer frequently asked questions in a faster and more correct manner, which made it possible for human customer service staff to be able to concentrate more on sophisticated services.

CEO Chung said Buddy has two characters. One is Fiona, which has a fun personality, whereas Henry is calmer.

“I feel Henry is a little boring,” he said, “I enjoy talking to humorous Fiona.”

His comments prompted laughter in the 6,500 audience.

Chairman Rometty askew what plans CEO Chung has after AI. He said the company is working on another round of transformation, explaining briefly about super customization service. Super customization service is meant to provide customized services at customized time through customized channels. Hyundai Card has been building data lake and algorithm that are the biggest and most advanced among all available in the Korean retail finance sector.

“Market segmentation no longer exists or is not suitable for today's business environment,” CEO Chung said. “We have to focus on the essence, not the market segmentation that only serves to assume that only young people would love zombie movies or seniors would hate hip hop music. If you like candies, that’s it.”

“We have more than 10 addresses related to each customer, including mailing address, shopping spots, restaurants they visit and office address. We can go so far as to learn what hobbies they enjoy or what they shop Tuesday or Sunday morning.” Since each customer has different life style and taste, business should evolve to offer super customized services to satisfy each and every one, he noted. 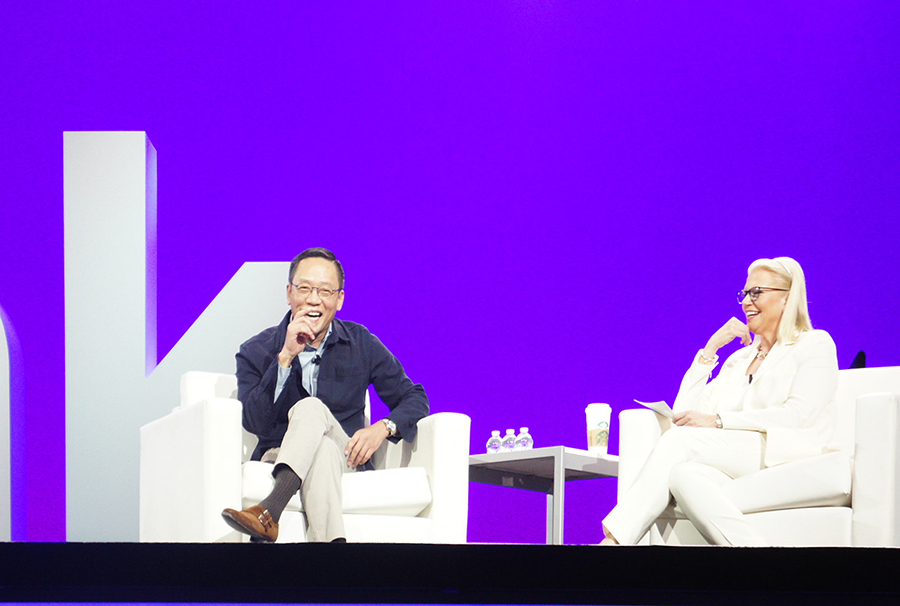 He also explained the adoption of blockchain currently under way.

“Many people talk about the security aspect of blockchain but I am more interested in its flexibility. Blockchain saves and synchronizes data in a more flexible way,” he said. “We are working together with IBM to apply their Hyperledger blockchain to our new systems.”

Hyperledger is a blockchain consortium that runs a global project with the goal of developing blockchain technologies for businesses – such as distributed ledger, smart contract, graphic interface and client library. Hyundai Commercial expects to reduce time and costs for manufacturing companies’ financial transactions by building a new supply chain finance ecosystem based on this technology. 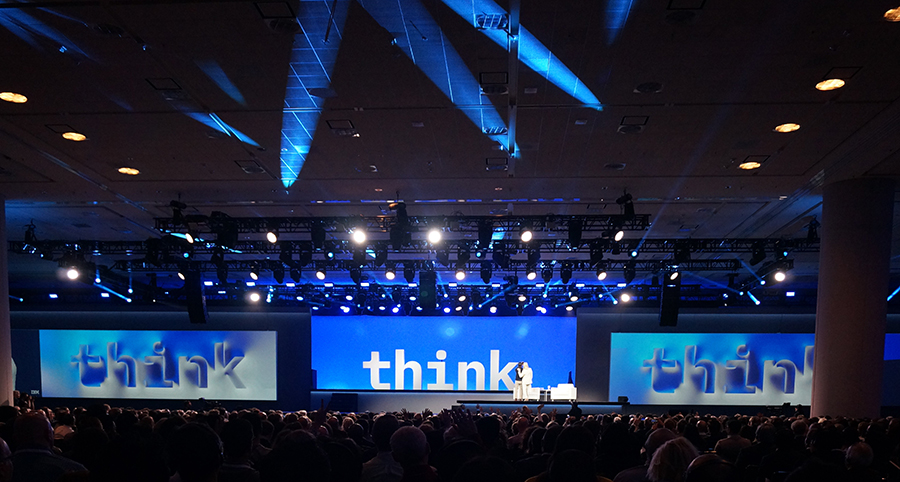 Anyone mastering gunpowder will become a winner

At the end of the dialogue Chairman Rometty asked CEO Chung to share the lessons he learned from the large-scale digital transformation. He said AI keeps changing and evolving each year, stressing that the company should join the move by building a team constituting employees and external partners. He wrapped up the conversation, stressing the importance of digital transformation by comparing the current technological evolution to the 17th century when gunpowder was invented.

“Digital innovation has arisen and is unavoidable,” he said, “We are living in an era similar to the 17th century, when the paradigm of weapons shifted from spears to gunpowder. Who will be a winner will depend on who can masterfully deal with gunpowder.”