In March 2019, a major Japanese IT solution company called Exa Systems chose Hyundai Card’s H-ALIS (Hyundai-Advanced Library Card Information System) as its next-generation credit card system. What made possible for the financial company to export its IT system was Hyundai Card’s pursuit of digital transformation since 2015. H-ALIS is the fruition of Hyundai Card’s efforts to define itself as a digital company, going beyond identifying itself simply as a financial company with digital features.

Exa decided to choose Hyundai Card’s H-ALIS in recognition of the platform’s capability to process massive transaction data around 150 million cases a month and its experience to run the system in a stable manner. 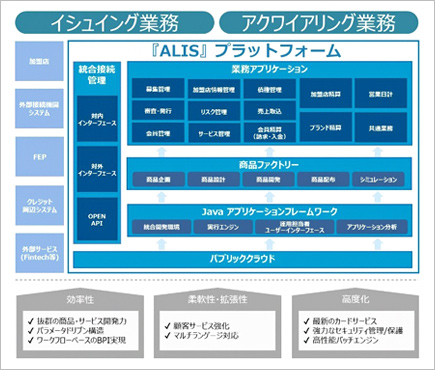 In fact, H-ALIS was recognized for its digital services optimized for a digital environment when Exa was making a choice among many bidders. Some of the services include “Lock & Limit,” which allows users to set the limit of transaction size and to ban spending on specific services or products. Another service is “Chameleon,” which helps users incorporate various benefits from multiple cards into one single plate.

Furthermore, Hyundai Card’s ability to analyze data with its advanced big data platform, its mobile apps that can be developed via Open API platforms, services linked with external systems and the mindset for digital-driven management were factors that effectively earned trust from the Japanese market, which is trying to expand digital businesses such as mobile and fintech by upgrading its credit card systems.

It is worth paying attention to the fact that Hyundai Card, a financial company, came up with the idea to enter overseas markets not with financial products but with its IT systems made into a package.

When its competitors were engrossed in rolling out fancy ”mobile-only” cards, Hyundai Card decided to come up with more substantial digital services. Lock&Limit feature was the first product after the decision.

Hyundai Card also opted for a slow and time-consuming process of forming digital workforce and organization, incorporating digital DNA with its corporate culture and building digital infrastructure instead of taking superficial actions such as unveiling products and services with digital labels.

Its transformation into a digital company serves as a foundation to explore new markets abroad, overcoming the barriers such as saturated local financial market and conservative overseas financial market.

Digital transformation goes on behind the scene

In this period of time when everyone is rushing toward the same goal of “digitalization,” businesses are bound to be tempted to concentrate on goods and services that are clearly visible to the customers, or focus only on new technologies getting attention across the industry such as AI and blockchain. On the contrary, Hyundai Card’s digital transformation entails less conspicuous efforts including refining the system, establishing a platform and creating new processes. All of the efforts are also driven toward the same goal of going digital.

“Most of these initiatives can easily be overlooked and even don’t need to be publicized. However, it is these below-the-surface that really accelerates digitalization,” he wrote in his Facebook account. As more diverse data flows are integrated, API, a standardized system for communication among different application programs, acts as a channel for data to travel in a safe and efficient manner. In addition to the benefits of boosting productivity and cutting cost, API makes possible for Hyundai Card to prepare for the future, when it will have to provide benefits customized for individual customers by combining and analyzing various data.

“In tandem with the government’s move to promote the so-called ‘My Data’ business, the era of letting customers control their own personal data,” said a Hyundai Card spokesman. My Data business refers to the government’s plan to let financial companies to capitalize on customers’ personal data for their business as far as individuals approve.

“In order to maximize consumer benefits from letting financial firms use their personal data, financial companies need to standardize interfaces, refine guidelines and come up with preliminary measures to protect personal data,” the spokesman added.

Hyundai Card’s Robotic Process Automation, or RPA, is also a part of the company’s efforts to accelerate digitalization behind the scene. Over the course of conducting two RPA projects in September 2017 and February 2018, Hyundai Card came up with 42 tasks, thus automating such operations as credit card service approval process, purchasing tests and mail mailing operations.


Since RPA projects are expected to save 15,628 working hours a year, hopes are high that robots will take over simple tasks done by human employees and pave the way for employees to focus on more creative tasks. 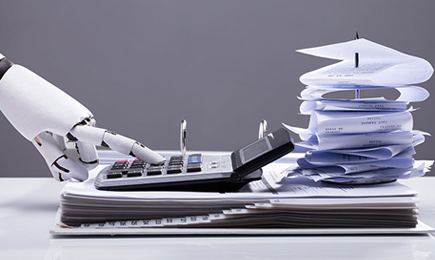 As of 2019 a third round of RPA project is under way, performing 48 tasks for automation scheduled to wrap up around June. Hyundai Card predicts that automation as a result of the project will lead to the creation of new workforce equivalent to 113 human employees. Given that RPA project is more about reducing inefficiencies deeply rooted in the company than about producing immediately visible outcome, the process for digitalizing the fundamentals even after the third round is over is set to go on.