The job wasn’t so much of a big deal for the Brazilian unit of Hyundai Capital Services (HCS), the headquarters in Seoul, given the company already was equipped with basic business models depending on how cars are sold in different countries around the world. Global operations can apply the right business model befitting their market conditions, based on Hyundai Capital Services’ experience of doing business in 10 countries worldwide.

Executives from 11 global operations of Hyundai Capital Services discuss global business strategies at a forum at the Korean headquarters in Yeouido, western Seoul in 2019.

“We have different business models according to market maturity, size and how cars are sold,” said a Hyundai Capital Services spokesperson. “Each global entity may flexibly choose and apply the optimal business model. Regardless of which market we enter worldwide, our standardized business models allow us jump into the new market right away.”

Hyundai Capital Services’ growth in the global market has been astonishing. Its combined financial assets at operations outside of Korea reached 50.8184 trillion won in 2019, 30 years after its initial global foray. The amount is nearly double the domestic assets at 29.6577 trillion won. Hyundai Capital Services’ overseas operations posted 766.3 billion won in income before tax in 2019, also a record high and almost triple the amount in 2011 at 275.7 billion won.

Ever since launching overseas business in the United States as Hyundai Auto Finance (changed to the current name in 1993) in 1989, Hyundai Capital Services has been expanding at a rapid pace. The Korean financial services arm of Hyundai Motor Group now operates in 11 countries worldwide including Germany, Russia, China, the United Kingdom, India, Canada, Australia, Brazil, and Singapore.

Striking a balance between unified system and localization

Hyundai Capital Services’ such epic growth overseas was made possible by a thorough analysis of each local market.

“GPS Product,” launched in 2016 by Beijing Hyundai Auto Finance (BHAF), Chinese operation of Hyundai Capital Services, is a case in point. The financial product offers a higher credit limit to customers agreeing to install a Global Positioning System (GPS), which tracks the location of their car. GPS functions as a tool to monitor the conditions and location of a vehicle, a physical collateral for a loan.

“Given managing credits of individuals in China isn’t easy due to its large population and underdeveloped credit ratings system, managing customers’ credit required a lot of cost,” said a Beijing Hyundai Auto Finance spokesperson. “At the same time, customers have gained the benefit of using cars at reasonable costs.”

The GPS product turned out to be widely popular. Its sales surged in 2019 by 40 percent from a year earlier.

Global operations have created synergy by sharing their best practices, based on the premise that nimble localization based on previous experience is crucial to capture the minds of local customers. A reward program called Agent Based Risk Management is a good example. Launched at the headquarters in the latter half of 2018, the program classifies car dealerships according to how many cars they have sold and their delinquency rate and gives out incentives and penalties proportionate to the performance. That way, efficiencies at dealerships improved and sales also got a boost. Hyundai Capital America (HCA), a U.S. operation that implemented the program in 2019, saw the portion of Hyundai and Kia cars sold through Hyundai Capital America in a total pie increase 8 percentage points compared to the previous year. Hyundai Capital Services’ Germany, China, Canada and China operations have followed in the footsteps of the U.S. counterpart and Brazilian operation is also expected to do so by the year’s end.

Digitalization at auto financing sector has been gathering steam and Hyundai Capital Services is no exception. It is now poised to share its digitalization capabilities with overseas operations.

“Nearly 90 percent of loan application and review process has been done without human engagement at the Seoul headquarters since three years ago,” said a Hyundai Capital Services spokesperson. “Digitalization can slash costs and enhance customer service quality. The plan to expedite digitalization process at our entire global operations in the near term.”

Hyundai Capital Services chose to enter global markets by setting up joint ventures to increase synergy with local partners that know the market better and reduce the risk of entering a new market.

“We wanted to give more benefits to our customers by running our business in an efficient manner, rather than entering each market independently, which leads to unnecessary early-stage costs,” said a Hyundai Capital Services spokesperson.

European leasing community was paying attention to Sixt Leasing as its online lease business was expanding in Europe and it was spearheading within the region the so-called “Mobility as a Service (MaaS market), hailed as an upcoming trend.

“A car subscription service or online car leasing business is already a global trend,” said a spokesperson with HCBE, “meaning the acquisition was for us to be more aggressive in response to the new trend.”

“Since individuals are restricted from car ownership due to the state vehicle emission limit policy, many prospective passenger car buyers are turning to the leasing market, which allows them to drive a car without owning one,” said a Hyundai Capital Services spokesperson. “Given that the global trend in the auto market is quickly transitioning from ‘buying’ to ‘using’ a car and China has been leading the trend, making a quick investment decision was indispensable.” 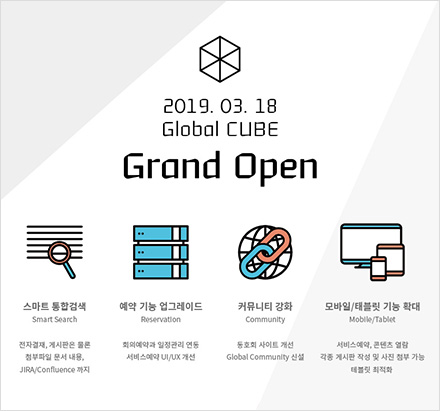 Hyundai Capital Services has been able to take such an aggressive and strategy-led approach towards its global business largely thanks to long-term investment plans and an integrated operation system. The system was designed to manage local investments, global operations and employees across the globe in a more efficient manner.

Hyundai Capital Services obtained a license from the European Central Bank (ECB) to set up Hyundai Capital Bank Europe in 2016. The company was the first financial company from a non-European country to establish a bank in Europe.

Workers have a unified communication tool for synergy and introduction in 2016 of “Global Band” system made all of its operations around the world use the same job title tiers. Hyundai Capital Services also developed “Global Cube,” an integrated work system, in 2019.

Hyundai Capital has also been running various programs tailor-made for respective operations after taking into account their different cultural backgrounds. Proactive exchange of corporate culture can be spotted at joint ventures, in particular. Banco Hyundai Capital Brasil, for instance, has been actively using purple, mixture of blue and red colors, each representing Hyundai Capital and Santander, for corporate identity. 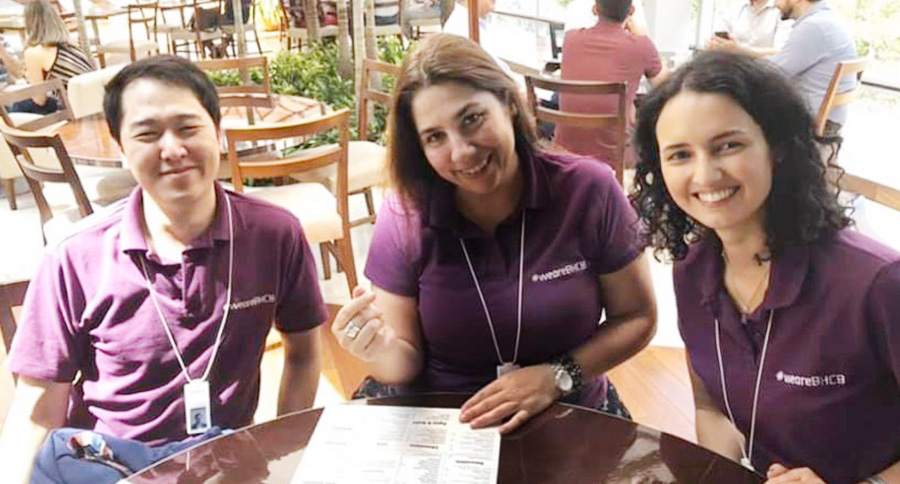 Workers of Banco Hyundai Capital Brasil, a joint venture between Hyundai Capital Services and Santander, poise for a photo in a purple-color T shirt at an event in Sao Paulo.

In a similar vein, Hyundai Capital Services has been running “Global Mobility Program,” which allows employees around the world to relocate to a different country and work at a local entity. More than 300 employees were able to pioneer a new career path through this program. The Global Mobility Program also contributed to sharing and spreading best practices across the globe.

“We try to come up with business strategies tailored to local markets according to market conditions or target customers,” said a Hyundai Capital Services spokesperson. “We are dedicated to increasing efficiency in communication among employees by putting in place unified work systems and sharing workplace cultures at the same time.”