the Purple has become ‘bolder’ 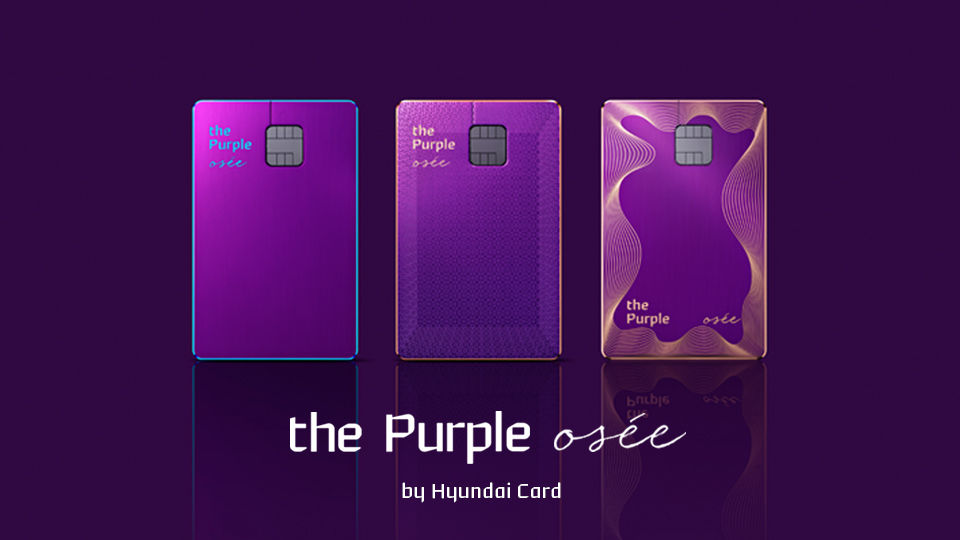 Hyundai Card unveiled on March 18 the Purple osée, a renewed version of its premium card, the Purple.

The Purple osée has ramped up rewards for customers and adopted a new voucher program. In reflection of such new features, osée, a French word meaning “bold,” has been added to the name.

The new premium card to replace its predecessor the Purple Edition2 comes in three types according to customer’s lifestyle. One is centered around M Points, a cash-like reward system indigenous to Hyundai Card, while the other two, airline rewards for either Korean Air or Asiana Airlines.

M points can be used at some 55,000 online and offline shops and restaurants and even for purchasing cars and paying for travel services.

Loyal customers will receive even bigger benefits. Those who spend 40 million won or more a year will be given three choices: additional 300,000 M points, 14,000 miles or exemption of 300,000 won from annual fees.

Use of vouchers given to customers has become more flexible. Customers may use six vouchers, each worth 100,000 won, in any of the services available such as travel, hotel and shopping. Previously, the number of 100,000 won vouchers to be used for each service was limited to two.

The Purple osée lets customers choose among three designs carrying the Purple’s premium identity to be applied to the special metal plate. Other benefits of the new card include exclusive early-bird reservation for Hyundai Card Super Concerts, free valet parking services for airports and hotels, and free access to airport lounges.

Annual fees are 800,000 won for both domestic use only and overseas use (partnership with MasterCard World/VISA Infinite).