Hyundai Capital issued green bonds worth 200 million Swiss francs (CHF) in the Swiss bond market at the end of January.

Hyundai Capital issued green bonds worth 200 million Swiss francs (CHF) in the Swiss bond market at the end of January. Hyundai Capital is one of major bond issuers in Korea, having raised some 1 trillion Korean won each year in overseas bonds.

The recent raise of funds caught the attention of market stakeholders as Hyundai Capital, largely focused on the stable dollar market, has changed its course to the Swiss bond market so as to reflect the volatilities in the global capital markets. The action demonstrates the finance provider’s quick decision making and ability to execute.

Hyundai Capital successfully issued the bonds at 100bp above the CHF Mid-Swap, which is around 10bp lower than the dollar funding rate. Hyundai Card and Hyundai Capital’s track record in the foreign bond market has been quite remarkable. Some even say that the history of raising funds overseas by Korean specialized credit financial businesses is being written by the two companies. 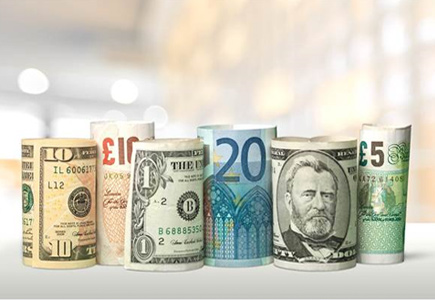 In 2005, Hyundai Capital became the first in the domestic industry to issue corporate bonds in Japan (Samurai bonds) leveraging its own credit. In November of the same year, it successfully issued bonds denominated in dollars; the first non-bank financial institution to do so. It also entered the Malaysian bond market in 2008, paving the way as a regular issuer of bonds. In the years that followed, the company managed to enter the bond markets in major countries including Switzerland (2010), Hong Kong (2012) and Australia (2013).

Experts find the answer with the small volume of the Korean funding market and its vulnerability to external factors. Monthly public issuances of corporate bonds in Korea average 8 trillion won, a disproportionately small size when compared to bond markets denominated in dollar, a vehicle currency, Euro or the yen.

That is why domestic markets are much more vulnerable to external factors such as exchange rates, global rates; as well as internal situation including domestic demand, recession and a series of defaults. Therefore it is would be an obvious choice for businesses that issue bonds exceeding a certain volume, to hedge internal and external risks and ensure stable financing by entering overseas markets to enhance market responsiveness.

Hyundai Card and Hyundai Capital, which hold the majority of the bonds issued by domestic credit specialist companies, could be likened to a “whale in a pond,” considering the size of the domestic market; naturally prompting them to turn their attention to the global bond markets. 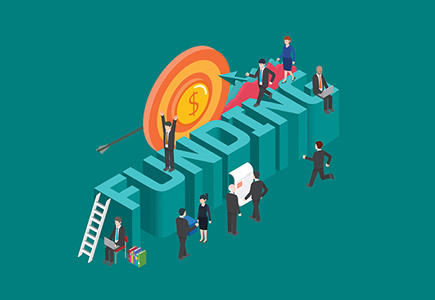 The two companies focus on overseas capital market for another reason: enhancing reputation, which eventually leads to the virtuous circle of helping issuing bonds in the domestic market. Off-shore bond issuances require a greater level of scrutiny as overseas investors need to be managed in addition to constant and in-depth monitoring of capital markets worldwide. However, as the saying goes, “Patience is bitter, but its fruit is sweet,” industry insiders acknowledge that any issuer with good reputation in the immensely competitive overseas capital markets, is bound to be well-received in Korea as well.

A new paradigm was ushered in the global financial markets after the fall of Lehman Brothers in September of 2008, which led to a widespread volatility dominating the market unlike before. Against this backdrop, Hyundai Card and Hyundai Capital determines the best timing, markets and products to pursue, through constant monitoring of trends of major capital markets around the world, investor behaviors and performance of past issuances, thereby rapidly taking action through quick execution. Investors say that large issuers such as Hyundai Card and Capital exhibiting such rapid decision making and execution are barely to be spotted. 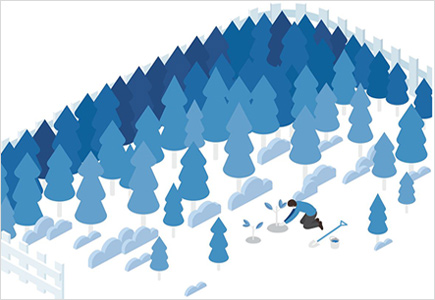 Extensive networking with global investors is another relevant factor. Since 2005, Hyundai Card and Hyundai Capital have hosted approximately 50 IR events overseas. Regular roadshows, global forums and other IR events targeting investors worldwide are hosted two to three times annually, which makes them by far the most active institution in Korea engaging in overseas financing.

Such robust networking with the investors laid foundation for successful funding activities, and over the years the diversity of institutions investing in Hyundai Capital’s overseas financing products grew, exceeding 1,000 institutions until now. Once they invested, reinvestment and long term investment followed suit, thereby creating a relationship based on trust as well as a stable investor base.

Last but not least, Hyundai Card and Hyundai Capital’s world-class finance policy played its role. In the wake of the credit card crisis in 2003 and the Lehman turmoil years later, they upgraded their finance policies recognizing the importance of liquidity management. Following the Eurozone financial crisis in 2011, they further tightened liquidity which resulted in very stringent finance policies. Liquidity standards have been raised to accommodate six months of refinancing, and the borrowing portfolio is being stably managed through diversification of funding products and currencies. They are also managing interest rate and liquidity risks by maintaining a more conservative leverage level compared to domestic supervisory regulations, and engaging ALM (Asset Liability Management) and other systematic finance policies to enhance investors’ trust.